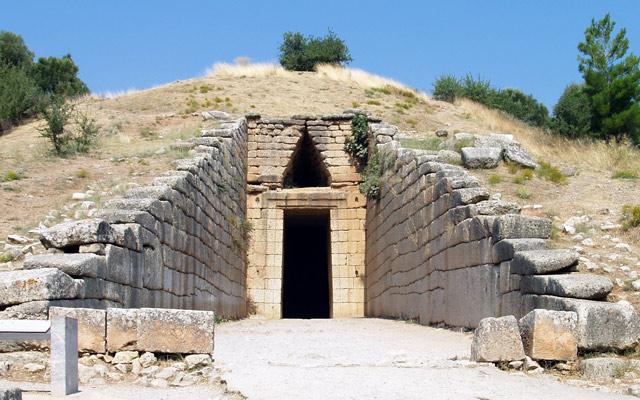 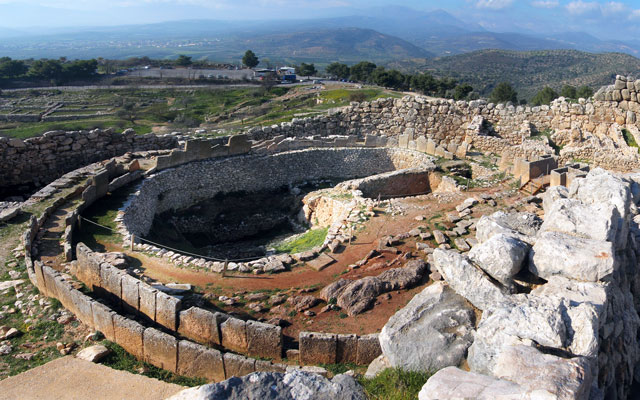 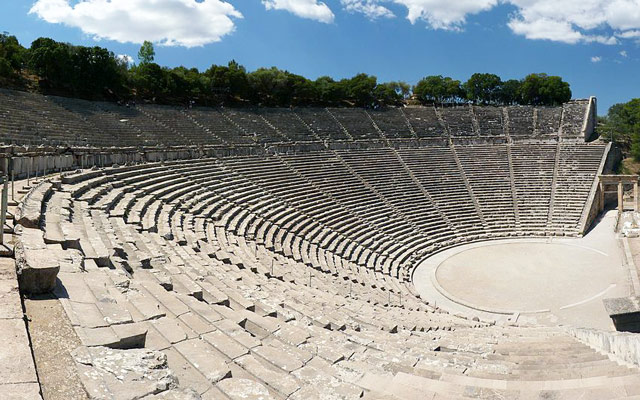 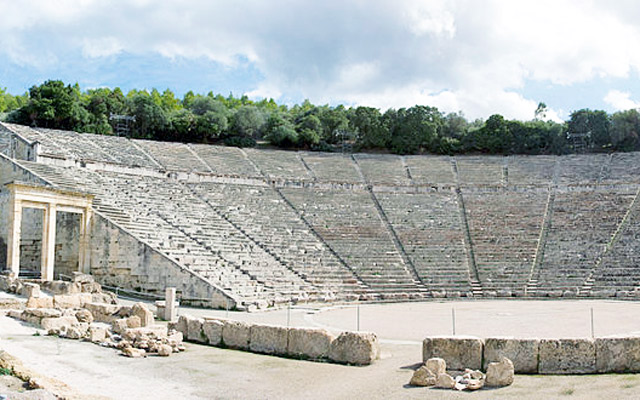 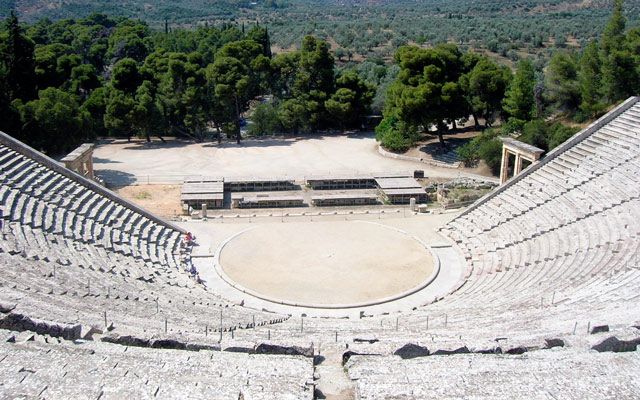 This is an one-day private, guided, trip to the prefecture of Argolis, in northeastern Peloponnese, famous for its historical attractions. We make a short stop at the Corinth Canal (aprox 6km long) that links the Ionian to the Aegean Sea and the Peloponnese to mainland Greece. We will stop on the old bridge and admire the vertical sides of the Isthmus, this pioneering landscaping masterpiece opened between 1882-1893.

After a 45 minutes’ drive we arrive at the UNESCO heritage site of Mycenae, an ancient city in Argolis, referenced in the Homeric poems, which played a key role in the Trojan War. Through a detailed guided tour you will have the opportunity to admire the Lions Gate, the Tomb of Agamemnon and many other historical monuments.

Our journey continues to the picturesque town of Nafplion, the former capital of Greece and a natural peninsula crowned by two fortresses Akronafplia and Palamidi. There is plenty time for sightseeing here, at the castle, which can be reached by climbing 999(!) steps as well as the ''Bourtzi' fortress at the entrance of the harbor.

After lunch we depart for the site of ancient Epidaurus, another UNESCO World Heritage site. Epidaurus is believed as the birth place of Asclepius the healer, Apollo’s son. In Ancient Greece Epidaurus City was of strategic importance, as well as the Asclepion, the biggest healing center in the classical world.

Nowadays, the site is famous for its well preserved Ancient Theater, renowned all over the world for its perfect acoustics and still used for Ancient Tragedy performances. Through a detailed guided tour you may see the entire site, including the museum.

Our tour ends, and we drive back to Athens and your hotel.

The tour time and routes may be changed by your request. Lunch, Dinner, Coffee break and Night Life Entertainment can be arranged on demand.

In order to have a pleasant trip, wear comfortable clothes and shoes. During the summer season do not forget a hat and sunglasses. The Argolis and Nafplio area is also ideal for swimming and sun bathing, beach apparel and swimming costumes are an option for those who seek a more active nature tour.

Luxury Limousines for up to 4 passengers

Mini Van for up to 9 passengers

Mini Bus for up to 17 passengers

Multilingual guides are available upon request.