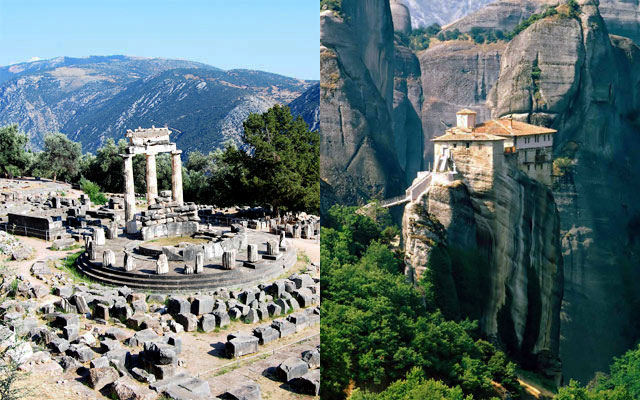 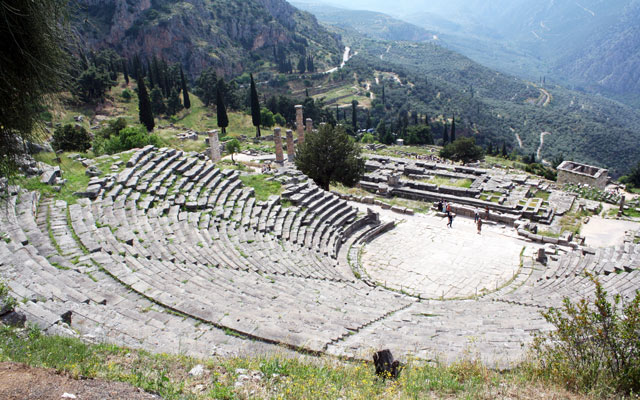 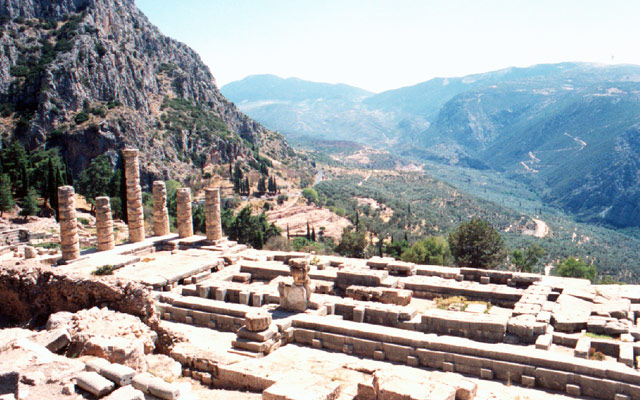 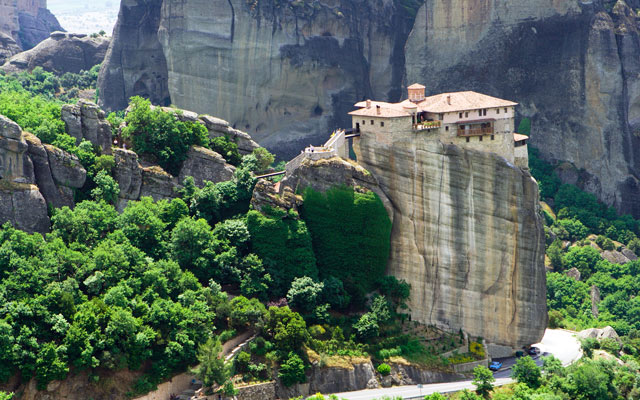 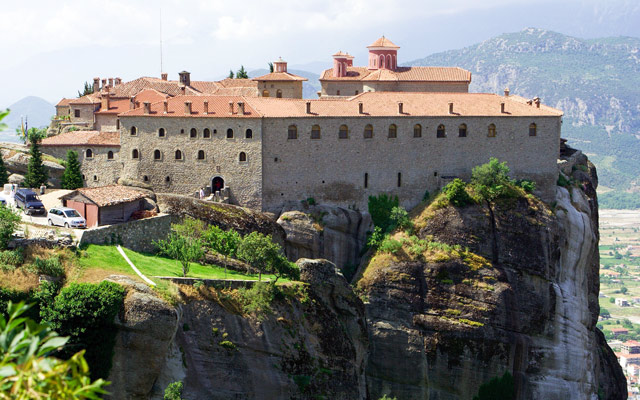 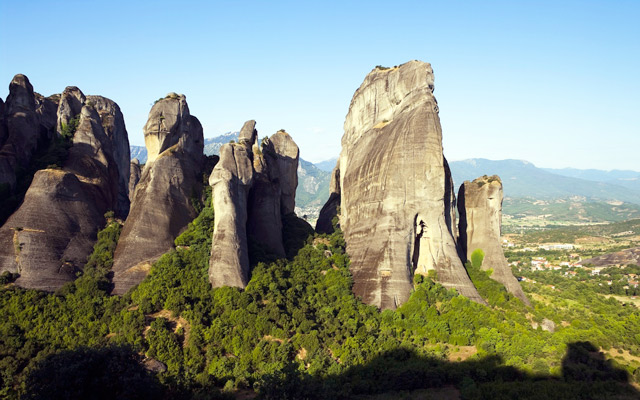 We start our day driving through the Beotian plains we pass the towns of Theva (King Oedipus ancient kingdom) and Livadia (current prefecture capital).

Just before Delphi, in an altitude of 1000 meters we reach the mountain picturesque village of Arachova a well-known winter resort that attracts thousands of visitors who visit the ski center of Parnassus evry year.

After a short drive, we arrive at Delphi, standing over a spectacular landscape within the twin rocks of the Phaedriades. Once a sacred place for Grandmother Earth (Gaea), and many centuries later, the classical Greeks’ cultural and religion center.

We pass the Castalia Spring and enter the main archeological site with the Temple of Apollo well known for its Oracle. Other main attractions are the Stadium where the Pythian Games (precursors of the Modern Olympics) were held, and numerous buildings and structures such as the Amphictyonic Council, the Treasuries, the Altar of the Chians, the Stoa of the Athenians, the Sibyl rock, the Theatre, the Tholos, the Gymnasium, the Hippodrome the Polygonal wall and athletic statues.

After lunch, we depart, pass the towns of Amfissa, Lamia and Trikala, and we reach the small town of Kalampaka, built on the foots of the majestic Meteora rocks and have an overnight stay following dinner.

After breakfast and checkout, we start our visit to Meteora, a geological miracle of huge, dark, stoned earth rising outside Trikala. On the top of the rocks sit one of the most important monastic communities in Greece. Views from there are beyond words and you have to see for yourself!

The monasteries were founded around 11th century by Byzantine monks because they were considered to being “closer to God”. The largest and most representative one, is the Holy Monastery of the Great Meteoron, established in the 14th century on top the biggest rock. Due to its construction, the monks used scaffolds for climbing the rocks and getting supplies, nets, ladders and baskets which were then pulled by the monks.

Meteora achieved its importance when monks – and people who wanted to lead an ascetic life here - from other places arrived. Through the years, thieves and conquerors raided and destroyed most of the monasteries, so only the six of them operate today. On the top of a rock at a height of 380 meters, we visit the first monastery of Varlaam, founded on the 16th century. Our second visit will be at the 15th century Monastery of St. Stephan built on the top of the top of another gigantic rock. At the museum inside the of monastery visitors will be able to admire treasures from Byzantine era.

On the way back we will have a short stop at the ancient landmark of Thermopiles were the world famous battle between 300 Spartans vs and the much greater in numbers Persian Army was fought. Amonument of the Spartan king Leonidas commemorates this battle.

The seaside resort village of Kamena Vourla is the last stop during this spectacular journey. Our excursion ends, and upon our arrival in Athens, your chauffeur will drive you back to your hotel.

The tour time and routes may be changed by your request. Lunch, Dinner Coffee break and Night Life Entertainment can be arranged on demand.

In order to have a pleasant trip wear comfortable clothes and shoes, catch a hat and sunglasses and enjoy!

Luxury Limousines for up to 4 passengers

Mini Van for up to 9 passengers

Mini Bus for up to 17 passengers

Multilingual guides are available upon request.

Hotel arrangements and accommodation preferences can be tailored upon individual needs.